The original title of my upcoming book was "Send Forth the Healing Sun." Carin and Dilan Ellegala and I came up with it one night during dinner as we were trying to find something that captured the complexity and textures of their stories. Carin was paging through a book of African proverbs and read one: "Send Forth the Sun." It was an Angolan proverb that's part of a larger story about how the rising sun provides all your needs.

We liked the sound of that and how it fit the book's themes of self-determination and independence. I added "healing" to the proverb to make it more medical. Ta da! We had a title.

Some people liked it a lot; others got "sun" and "son" mixed up. Some folks at HarperCollins/Canada editors thought it was a bit too lyrical for nonfiction. I didn't see that as a problem.

One of HarperCollins' sharp sales directors said a good title quickly delivers a promise to a reader when he or she picks it up at a store. I thought this was a terrific way of measuring what makes a good title, and I thought "Send Forth the Healing Sun" delivered on that promise. In my mind, it said, "here's a book that with be about forward movement and sweep." But yes, it didn't really tell a prospective reader that it was about teaching brain surgery in the African bush. And adding a subtitle made it really, really long.

So we all started thinking of new titles. My mom suggested "The Healing Sun," and the HarperCollins folks thought that was a good backup. But I felt that was too static. "In Good Hands" was another candidate, but I felt that was too close to the Allstate slogan. I did like some of the ideas behind that title, though. It was a nice double-entendre about surgery and teaching. Perhaps a subtle shift in that idea might work? How about "Our Good Hands?" I liked this title because it was more inclusive. The book challenges the missionary model and is critical of "voluntourism," but I also hoped to get across that people's good intentions -- even when they had negative effects -- should be celebrated. Also, the book is as much about African surgeons as anything, so "Our Good Hands" seemed to fit.

But, whenever I mentioned the title, I got blank looks. Some friends and family said, "I liked Send Forth better." Over time, it became clear that "Our Good Hands" didn't deliver a strong enough promise. All the while, I kept thinking that "Send Forth" was the best title. In the end, my editor at HarperCollins nixed "Our Good Hands." The original title would be the one. He offered to let me punch him (in a virtual way, of course), but I was too relieved to get bent out of shape. Just as a child's name often feels right over time, Send Forth ... feels right for this incredible story.

Update 5/27/19: Things completely changed when Beacon Press published the book in the United States. Send Forth the Healing Sun became A Surgeon the Village! https://www.amazon.com/Surgeon-Village-American-Teaches-Surgery/dp/0807044881 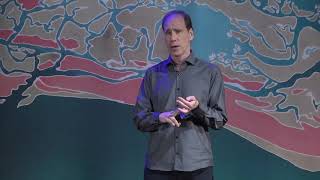 Coffins on the way to the hospital

Tanzania through a middle-schooler's eyes.